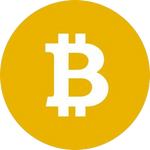 Bitcoin Satoshi's Vision, or Bitcoin SV (BSV), is a fork of Bitcoin Cash (BCH) with larger block size. Bitcoin SV was created after Bitcoin Cash’s fork in 2018. In turn, BCH is a fork of the original Bitcoin (BTC) network. Bitcoin SV’s mission is to realize the vision of bitcoin, which was described in the Bitcoin White Paper - the technical description of the cryptocurrency by Satoshi Nakamoto. It aims to be the primary peer-to-peer currency of choice and improve upon issues such as lack of scalability and transaction speed currently facing blockchain projects. Craig Wright, the founder of BSV, calls his project the original Bitcoin and claims to be the man behind the pseudonym Satoshi Nakamoto. He is trying to prove the latter in court and is known as the copyright owner of the White Paper and early Bitcoin code in some legal jurisdictions. Kelvin Eyre, the second most active participant of the BSV project, is a billionaire and the founder of a number of gambling platforms.

What are Bitcoin SV’s key features and how does it work?

BSV focuses on scalability. Craig Wright's team removed artificial block size restrictions, indeed block size on the network can reach 2 GB. According to some, the approach allows you to preserve the original vision of Satoshi. As an argument, the fact is given that at the initial stage the size of BTC blocks was 32 MB and was reduced by Satoshi to 1 MB in 2010, shortly before his departure.

Another feature of Bitcoin SV is performance. It is claimed that Wright's network is capable of processing up to 10,000 transactions per second on the mainnet. The test net records an indicator of 50,000 operations.

What is unique about Bitcoin SV?

Bitcoin SV claims to offer unbounded scaling thanks to its infrastructure and use of Node Software. It is open-source and allows the potential for anyone to become a node by providing the crucial requirements for efficient and peak mining.

Where can you buy BSV?

BSV is available for trading on the following CEXs and DEXs listed here. Some of the most popular platforms with the highest liquidity include OKX, AscendEX, and Huobi Global. The price of BSV will vary depending on the choice of exchange and overall market conditions. For up-to-date and historic data for BSV market price, please view the price charts on this page.

Bitcoin SV (BSV) operates on its own blockchain.

Bitcoin SV's current share of the entire cryptocurrency market is 0.09%, with a market capitalization of $ 757.06 Million.

You can find more details about Bitcoin SV on its official website and on the block explorer.