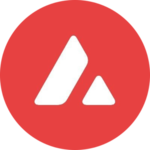 Avalanche price Index provides the latest AVAX price in US Dollars , BTC and ETH using an average from the world's leading crypto exchanges.

The Avalanche to USD chart is designed for users to instantly see the changes that occur on the market and predicts what will come next.

Avalanche's current share of the entire cryptocurrency market is 0.61%, with a market capitalization of $ 7.21 Billions.

You can find more details about Avalanche on its official website and on the block explorer.

Avalanche can confirm transactions in less than one second and also supports the full Ethereum development toolkit. It has the capacity for millions of independent validators to participate as full block producers using the Proof-of-Stake model. Thus, the platform offers unparalleled decentralization and speed.

AVAX is Avalanche’s native token. It is hard-capped and used to pay for fees and for staking.

What are AVAX key features and how does it work?

Avalanche Consensus Protocol is a combination of Nakamoto consensus and Classical consensus. Therefore, it combines the benefits of both systems, that is, robustness, scale, and decentralization of Nakamoto, with the speed, and efficiency of the classical protocol.

Snowman is a chain-optimized consensus protocol with high throughput and is particularly good for smart contracts.

There are multiple ways to access C-Chain. Firstly, since C-Chain deploys the same API as go-ethereum, all the familiar APIs that are available on Ethereum can be used on Avalanche. C-Chain is also accessible via MetaMask, this is done by creating a custom network on the MetaMask platform. Avalanche also has its own Public API, using the AvalancheGo nodes, which allow access to C-Chain.

Alternatively, users are able to create their own, fully decentralized, node to work with the C-Chain. This helps developers to avoid potential congestion and rate-limiting.

What can Avalanche be used for?

Avalanche was built with serving financial markets in mind. It has native support for easily creating and trading digital smart assets with a complex custom set of rules that define how the asset is handled and traded to ensure regulatory compliance.

Also, custom blockchains can be built on Avalanche that is tailor-made for a particular task. An individual blockchain that specializes in a particular field, for example, payments, smart contracts, or Internet of Things can be created. Applications that may require all of these characteristics can then interoperate seamlessly within the Avalanche platform, this ensures that each part performs optimally, rather than having to compromise on one.

Where can you buy AVAX?

AVAX can be bought on leading exchanges, with the most popular choices being Binance, OKEx, and KuCoin. More details about available CEXs and DEXs to purchase AVAX can be found here.