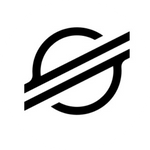 Stellar is an open-source payment technology, operates on a unique consensus algorithm rather than mining.
whitepaper

Stellar is a decentralized protocol based on open-source code built for transferring digital currency to fiat money to any place in the world. The Stellar blockchain's cryptocurrency is called the Lumen, and trades under the symbol XLM.

The main purpose of Stellar is to connect financial institutions to blockchain technology and facilitate cheaper transactions in developing markets. Stellar was created by Ripple co-founder, Jed McCaleb, in 2014, as such, both networks share some underlying similarities. Stellar has since become one of the best-performing altcoins over the last five years and its market cap now stands at over $1 billion.

Despite their similarities, Ripple and Stellar are aimed at different audiences. Where Ripple has banks and large corporations as its target audience, Stellar is more targeted towards individuals and small businesses.

However, Stellar does have an extensive partner network. This includes banks and allows the network to provide instant currency conversion almost all over the world.

There is a maximum supply of 50 billion Lumen. The Stellar Foundation originally had over 100 billion lumens in existence but roughly half of its outstanding coins were burned in November 2019. The coin burn caused a short-term rise in the price of XLM, however, this quickly faded.

What are XLM key features and how does it work?

Stellar uses a federated byzantine agreement (FBA) algorithm instead of a traditional mining network to validate transactions. Since the transfer of lumens doesn’t require approval from traditional cryptocurrency miners, the Stellar network enables quicker transactions than some other blockchain-based systems.

What can Stellar be used for?

As mentioned, the project is geared towards the cross-border payments market. The mission is to make payments fast, cheap and convenient. The platform works by converting any currency being transferred into Lumens, and then again into the receiving currency.

For example, if a user sends GBP from the UK to Russia, the GBP would be converted into Lumens, and then into rubles. The users would not directly use the blockchain, instead, they use the services of one of the network's partners. For example, a Stripe or Wirex service with support for bank cards. The total time of the transfer takes about 5 seconds to be processed.

Where can you buy XLM?

Stellar can be bought on the CEXs and DEXs as listed here.

Stellar (XLM) operates on its own blockchain.

Stellar's current share of the entire cryptocurrency market is 0.31%, with a market capitalization of $ 3.08 Billions.

You can find more details about Stellar on its official website and on the block explorer.