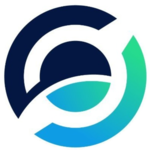 [ZEN]
Horizen is a blockchain platform with a privacy technology that provides everyone with privacy and complete control of their digital footprint.

Horizen price Index provides the latest ZEN price in US Dollars , BTC and ETH using an average from the world's leading crypto exchanges.

The Horizen to USD chart is designed for users to instantly see the changes that occur on the market and predicts what will come next.

Horizen (ZEN) operates on its own blockchain and can be minted.

Horizen's current share of the entire cryptocurrency market is 0.02%, with a market capitalization of $ 266.73 Million.

You can find more details about Horizen on its official website and on the block explorer.

Horizen began as ZenCash in May 2017, eventually rebranding to Horizen in August 2018. The project is focused on privacy and aims to solve issues of scalability and security faced by many blockchains. As such, Horizen has a focus on scalable data privacy. Its unique sidechain technology, Zendoo, enables businesses and developers to build their own customized blockchains.

What are Horizen’s key features and how does it work?

Horizen uses nodes in a unique way to attain its levels of privacy. For example, the Horizen node network is “multi-tiered”, which means that not all nodes have the same function.

Regular full nodes have a complete copy of blockchain network transactions and data. Secure Nodes are regular full nodes but they have special encryption. The encryption secures any communication between nodes and prevents information from being leaked or found out when nodes communicate. Lastly, there are Super Nodes, which are powerful versions of Secure Nodes that host Horizen sidechains

Zendoo is Horizen’s unique sidechain technology. It allows developers and businesses to create their own blockchain or dApps on top of Horizen’s fully distributed and privacy-preserving network. It also facilitates the introduction of specific logic and/or data needed to address the demands of a project.

The Horizen network deploys both proof-of-work (POW) and proof-of-stake (POS) in its consensus mechanism. This means that new tokens are rewarded to both miners and validators. Broken down further, the Horizen mainchain uses POW to maintain consensus while the sidechains use POS.

Of the new ZEN tokens created, miners receive 60% while Secure Node Operators and Super Node Operators receive 10% each. The remaining 20% is given to the Horizen Decentralized Autonomous Organization (DAO) Treasury. The Horizen DAO helps to fund the development of the ecosystem.

What is noteworthy about Horizen?

Horizen has the highest number of active numbers. Currently, it has a network of over 40,000 active nodes, which eclipses both Bitcoin and Ethereum, Horizon’s closest rivals in node count.

Like Bitcoin, there is a total supply of 21 million ZEN, as well as a periodic halving of block rewards. The first such halving took place in December 2020, bringing the block reward from 12.5 ZEN to 6.25 ZEN.

Where can you buy Horizen (ZEN)?

Horizen (ZEN) can be bought from major CEXs: