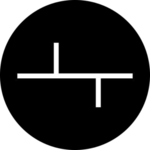 Tokemak is a DeFi token designed to generate sustainable liquidity.

Tokemak is a protocol designed to source sustainable liquidity for other decentralized finance (DeFi) projects. The platform infrastructure works by gathering tokens that are sitting idle in order to create and deploy sustainable liquidity. It provides improved transparency and facilitates the free-flowing and efficient democratization of liquidity provision across various networks.

With this in mind, Tokemak is designed with the intention to be used predominantly by liquidity providers and yield farmers. As well as DAOs (decentralized autonomous organizations), new DeFi projects, and exchanges. In simple terms, it is a decentralized market-making platform that allows its users to provide and source liquidity and also control where that liquidity goes.

TOKE is the native token of the network. TOKE market price can be found on this page. The token is used to reward participants of the protocol and also for network governance and directing liquidity.

What are Tokemak’s key features and how does it work?

Tokemak platform architecture is composed of several roles and functionalities.

Liquidity Providers (LPs) deposit their assets in a Token Reactor and/or Genesis Pools (like ETH or USDC) and earn yield, issued in TOKE, on single asset deposits. The assets that are deposited are then deployed to various exchanges compromising various pairs as liquidity.

Liquidity Directors (LDs) use the TOKE token to direct the flow of liquidity. In order to do so, an LD must stake TOKE into a designated reactor and leverage the stake as voting power to direct the liquidity to the exchange of their choosing. The voting weight is proportional to the staked amount of TOKE and the asset amount in the reactor an LD has staked.

Tokemak network works in a cyclical nature, a cycle length was initially set as one week, whoever the Tokemak DAO is able to vote on this. Assets can be deposited and liquidity directors can vote and make changes during asset arrangement during the Mid-Cycle phase. When a cycle begins, assets are deployed.

t(Assets) are given to LPs in return for the asset they have deposited into a reactor. An equivalent amount of t(Assets) is given, which they can then use to claim the original deposited funds. t(Assets) are later burned when the original asset is returned to the liquidity provider.

What is noteworthy about Tokemak?

Tokemak operates an incentive system in order to keep a balance between the assets deposited and the TOKE staked in reactors. If there is higher proportion of assets deposited into a reactor than TOKE staked, then the APY will be boosted for LDs. This encourages more staking. The opposite occurs if there is high amounts of TOKE staked in a reactor and little of the asset deposited. In this case, LPs will receive increased APY to encourage more provision of the asset.

What can TOKE be used for?

TOKE holders are also eligible to participate in the Tokemak DAO. The DAO oversees the running of the protocol and TOKE is also used as collateral for the network.

Where can you buy TOKE?

TOKE can be bought from any of the exchanges as listed on the market tab.

Some of the most popular exchanges include Uniswap, SushiSwap, and MEXC Global. The price of TOKE will depend on the exchange used and various other factors.

For current and historical TOKE Price data, please refer to the data charts on this page.

Tokemak's current share of the entire cryptocurrency market is 0.00%, with a market capitalization of $ 16.62 Million.