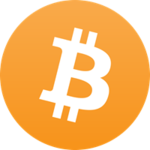 Bitcoin is an innovative Internet Protocol with or provide anonymous peer-to-peer digital value transactions without the need of a central authority or a bank to execute transactions, which means it is fully decentralized.

Bitcoins has become reality via the collective consensus of the network nodes. Bitcoin is open-source, open to the public, and no one has control over it.

These transactions are tracked on a distributed ledger, commonly referred to as a blockchain. This ledger records every bitcoin transaction ever made. Each “block” in the blockchain is built up of a data structure based on encrypted Merkle Trees. This is particularly useful for detecting fraud or corrupt files. Even if a single file is corrupt or fraudulent, the blockchain prevents it from damaging the rest of the ledger.

The Bitcoin total supply is stable and predefined at 21 million Bitcoins. More bitcoins cannot be issued as a result BTC won't be debased. Bitcoin’s blockchain inherent rules guarantee that only 21 million bitcoins will ever exist. On May 11, 2020, BTC experienced its third block reward halving.. Today 900BTC are mined every 24 hours. It will be halved once every four years or so till the last bitcoin has been mined. In actuality, the final bitcoin is hardly to be mined till around the year 2140. Additionally, there are no storage costs as Bitcoins do not take up any physical space regardless of the amount.

How does Bitcoin work?

The underlying technologies behind Bitcoin are public-key cryptography, peer-to-peer networking, and Proof-of-Work consensus mechanism for payment verification. One of Bitcoin’s most appealing features is its verification process, which minimizes the risk of fraud. Bitcoin is decentralized and kept secure by “miners” — continuously verifying transactions and getting block rewards in exchange for their work. Once a specific amount of transactions are verified, another block is added to the blockchain and the process continues as usual.

Bitcoin has had a very volatile trading history since it was created in 2009. The digital cryptocurrency has seen a lot of action in its relatively short life. The first explosive increase of BTC price occurred in July 2010 when the valuation of a bitcoin went from around $0.0008 to $0.08 for a single coin. The currency has seen some major rallies and crashes since then. BTC reached its ATH (all-time high) price of nearly $20,000 per Bitcoin on December 17, 2017, and faced significant volatility from the low of $3,201 in 2018 to the highest price of $13,793 in 2019. BTC is currently recovering its two year high. Analysts consider 2020 to be an important year for Bitcoin and make positive forecasts regarding its future rate. It closed the second quarter of 2020 with a +42% price gain. The closing price of BTC in Q2 2020 was $9,142 representing the 3rd highest quarterly closing price in BTC history. It is worth noting that Q2 is historically the best three months for BTC: since 2013, just one Q2 has delivered a negative return.

By default the Bitcoin price is provided in USD. But you can easily switch the Bitcoin chart to Euros, British Pounds, Japanese yen, and Russian Roubles using the currency switcher at the top right corner of the CryptoRank.io website.

Bitcoin (BTC) operates on its own blockchain and can be minted.

Bitcoin's current share of the entire cryptocurrency market is 37.55%, with a market capitalization of $ 372.67 Billions.

You can find more details about Bitcoin on its official website and on the block explorer.