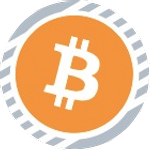 renBTC is a ERC20 Bitcoin token minted by RenVM.
whitepaper

RenBTC is an ERC-20 token that forms part of the Ren project, which is an open protocol for permissionless cross-chain exchange. It seeks to provide this service by representing non-Ethereum based tokens on Ethereum via RenVM, an sMPC network. With this goal in mind, renBTC was created as a one-for-one representation of BTC on Ethereum.

The company behind RenBTC, Ren, was founded in 2017 by Taiyang Zhang and Loong Wang. Originally named Republic Protocol, in 2019 the company rebranded to Ren. It has so far created several other tokens for cross-chain exchange, including renBCH, renZEC and renDOGE. The company was created with the goal of bridging Bitcoin, and other tokens, to the Ethereum blockchain and to ultimately provide seamless interoperability in DeFi services.

What are renBTC’s key features and how does it work?

RenBTC can be minted on the Ren platform by using Ren’s virtual machine (RenVM), a scalable network designed to power the company’s interoperability solution. A user simply sends BTC to a RenVM address which accepts the tokens and locks them in a smart contract, using the RenBridge mechanism. It then mints the renBTC tokens to represent the original BTC. The original coins remain held in storage ready for if a user wants to revert back to BTC. To revert back, a user must send renBTC back to a RenVM address, after which it is burnt. Upon confirmation that the renBTC has been burnt, the native BTC is released back to the user. This can be done without a KYC, ensuring high privacy levels for users.

Additionally, the process of converting between BTC and renBTC means there is a direct supply. This, in turn, guarantees that the price of renBTC remains pegged to Bitcoin since there are always enough BTC held in reserve to cover the supply of circulating renBTC. Meaning it can always be redeemed for the current price of BTC.

A key benefit of renBTC is that BTC users can engage in economic activity in the Ethereum ecosystem, thus making a huge variety of DeFi applications, services and protocols accessible to the user, without having to sell their assets.

What is noteworthy about renBTC?

RenBTC has several Bitcoin-backed competitors which also seek to facilitate Bitcoin cross-chain exchange, for example, Wrapped Bitcoin (wBTC). What makes renBTC unique, however, is that instead of storing BTC in a centralized custodian setup, RenVM stores BTC in a decentralized network of nodes, called Darknodes. Anyone can run a Darknode provided they must stake at least 100,000 REN tokens into Ethereum smart contract.

Where can you buy renBTC?

RenBTC is available to buy from the CEXs and DEXs as listed here. Some popular options include Binance and Gate.io. The price of renBTC will vary depending on the exchange. As the price of RENBTC is pegged to BTC it maintains a value close Bitcoin’s market rate, therefore making its price very volatile, dependent on interest in BTC. For further price information please view the charts above.

renBTC's current share of the entire cryptocurrency market is 0.00%, with a market capitalization of $ 28.88 Million.

You can find more details about renBTC on its official website and on the block explorer.