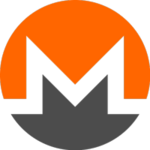 [XMR]
Monero is a fast, private, and secure digital currency.

Monero price Index provides the latest XMR price in US Dollars , BTC and ETH using an average from the world's leading crypto exchanges.

The Monero to USD chart is designed for users to instantly see the changes that occur on the market and predicts what will come next.

Monero (XMR) operates on its own blockchain and can be minted.

Monero's current share of the entire cryptocurrency market is 0.26%, with a market capitalization of $ 3.07 Billions.

You can find more details about Monero on its official website and on the block explorer.

Monero was launched in 2014 and is an open-source, privacy-oriented cryptocurrency. Monero’s origins come from a small online tech community that has since grown over time and the project has gained credibility and market share.

One of Monero’s key features is that users can send and receive transactions without making any data public on the blockchain. In essence, XMR can be viewed as a tool that obscures user data on the blockchain, making its users more difficult to track.

What are XMR key features and how does it work?

Monero deploys some innovative technology in order to obscure the data.

For example, Monero uses technology to mix the digital signature of the individual making an XMR transaction with the signatures of other users before recording it on the blockchain. This is called Ring Signatures and means that the transaction would appear as if it was sent by any one of the signers to anyone looking at the data on the blockchain.

Monero has over the course of its development altered the number of signatures involved in this mixing process. Users could at one time specify their desired number to be used in their transaction. However, as of 2019, is set at a total of 11, meaning an additional 10 signatures is added to every transaction.

Another prime feature contributing to Monero’s privacy is the use of Stealth Addresses. These enable users to publish one address that will automatically create a one-time account for every unique transaction. The owner can then use a secret “view key,” to identify their incoming funds. The owner’s wallet can scan the blockchain to identify any transactions with that key.

Introduced in 2017, Ring Confidential Transactions hide the amount recorded on the blockchain that users have exchanged in transactions. Essentially, RingCT makes it so transactions can have many inputs and outputs, and all the while preserve their anonymity and protect against double spends.

How can you mine Monero?

You can mine the XMR coin in three ways: as a solo XMR miner, joining a Monero pool, or using Monero cloud mining services.

Monero runs on all leading OS platforms, such as Windows, macOS, Linux, Android, as well as FreeBSD.

Miners can use a standard computer to mine Monero and are not required to have any specific hardware such as the application-specific integrated circuits (ASICs). Instead, Miners can make use of the CPU or GPU of their own computer to mine XMR.

An XMR mining pool is made up of a number of individual rig owners who combine their rigs' power. This tends to increase the chances of finding new blocks in the Monero blockchain and thus earning block rewards. ​​Examples of Monero mining pools include MineXMR, SupportXMR, Unipool, and XMRNanopool.

Miners can also choose cloud mining. This is the act of using cloud-hosted computing power to mine XMR. Individuals pay a fee for using the processing power and do not have to invest in rigs and mining hardware. Some popular XMR cloud mining service providers include Minergate and CCGMining.

Where you can buy XMR?

XMR can be bought at any of the DEXS and CEXs as listed here.