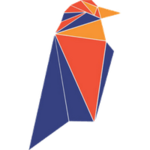 The Ravencoin project was launched in 2018 as a Bitcoin fork. It is an open-source digital peer-to-peer software that seeks to facilitate easy asset transfers from one holder to another. This one specific function, transferring assets from one party to another, is the predominant use case for the Ravencoin blockchain.

Ravencoin aims to keep user control, privacy at its core, as well as remain censorship-resistant and be jurisdiction agnostic. It also began with the more speculative aim to see a single-use case blockchain and its development could improve or be advantageous to already existing blockchains. As such, the project began in a very experimental fashion.

Since Ravencoin is based on Bitcoin code, the network offers an alternative method of asset transfer from smart contracts as seen on Ethereum. RVN is the blockchain’s native coin.

What are Ravencoin’s key features and how does it work?

Since the Ravencoin technology comes from a fork of Bitcoin, much of the software is based on the expansive development and testing conducted on Bitcoin prior to the fork. However, it has some key differences. This includes faster block reward time, an altered number of coins, as well as a different mining algorithm.

The blockchain chain allows anyone to issue a token on its network, as long as the main goal is aligned with that of Ravencoin, i.e. to transfer an asset. To issue a new token, users burn a certain amount of RVN and must give their token a name. Token creators can give their token specific characteristics, for example, fungibility and the number of tokens issued.

Ravencoin also has its own wallet, known as MangoFarmAssets, where users can store their RVN tokens, or other tokens created on the network, as well as NFTs.

What is noteworthy about Ravencoin?

The first unique aspect of Ravencoin is its mining algorithm known as X16R. Like Bitcoin, the mechanism is Proof-of-Work. However, unlike Bitcoin, it uses a unique hashing algorithm called X16R. It has a design that is meant to facilitate more decentralized mining than the original SHA-256 Bitcoin algorithm. A network of computers runs the Ravencoin software in order to secure the network by validating transactions and distributing RVN.

The hashing algorithm allows for more decentralized mining by not being compatible with certain hardware that arguably makes mining more profitable for those who use it. In particular, this is mining via ASICs (application-specific integrated circuit chips). Proponents argue that ASICs lead to higher centralization due to the large upfront investment required to have the required hardware. Anyone can mine for RVN with their own CPU.

What can Ravencoin be used for?

Ravencoin can be used by anyone in order to create and issue tokens that represent many types of assets. This could be gold, stocks, or other digital assets. NFTs can also be created on the Ravencoin platform.

Where can you buy RVN?

RVN is available to buy from the CEXs and DEXs as listed here, the price of RVN will vary depending on the exchange and interest. The most popular options are Binance, OKEx, and HitBTC.

For RVN price data, you can view our price charts.

Ravencoin (RVN) operates on its own blockchain and can be minted.

Ravencoin's current share of the entire cryptocurrency market is 0.05%, with a market capitalization of $ 468.15 Million.

You can find more details about Ravencoin on its official website and on the block explorer.