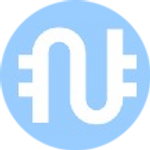 NUM Finance builds stablecoins of Latin American currencies to facilitate access to cryptocurrencies and DeFi to millions of people and businesses:

Num ARS is a stablecoin pegged to the Argentina's Peso.