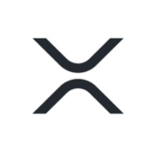 XRP Ledger is a currency exchange network. It functions as a payment settlement asset exchange and remittance system. It works in a similar way to the SWIFT system for international money and security transfers used by banks. Essentially, the network functions as a digital hawala service. Hawala is a way to transfer money without any physical money actually moving.

At its core, XRPL believes that money and information should be able to be transferred at the same speed. XRPL uses blockchain technology to achieve this and to improve upon some of the issues attributed to traditional banks. For example, transactions are settled within seconds on the Ripple network and it has minimal transaction fees.

The XRPL token, XRP, is the native currency for XRPL products. It is used on the platform to facilitate fast conversions between currencies.

What are XRP key features and how does it work?

XRPL operates on an open-source and peer-to-peer decentralized platform that facilitates a seamless transfer of money. This includes traditional FIAT currencies, for example, dollars, yen, and euros, as well as for cryptocurrencies, and even commodities such as gold.

XRPL uses Gateway as the link between any two parties wanting to make a transaction. It acts as the middleman that receives and sends currencies, maintains liquidity, and transfers payments on the network to public addresses. Anyone or any business can register and open a gateway and each currency on the ecosystem has its own gateway e.g. CADBluzelle, BTCbitstamp, and USDsnapswap.

XRPL uses a consensus mechanism via a group of bank-owned servers. The XRP Ledger Consensus Protocol is used to validate account balances and perform transactions. This ledger system works in a different manner to other types of blockchain consensus, for example, Bitcoin’s Proof-of-Work.

The ledger works in the following manner. Users can select a validator from a predetermined list of the unique nodes to verify their transactions based on which participants they think are least likely to defraud them.

“Ledgers” are produced as part of the consensus, rather than blocks, that hold information such as data linking it to the previous ledger in the chain, and account totals. For a transaction to be successful, there needs to be a consensus among the independent validators. It takes between three and five seconds for the ledger to be confirmed and validate the transactions. The minimum transaction cost required for a standard transaction is 0.00001 XRP. This is negligible when compared to the large fees charged by banks for conducting cross-border payments.

Where can you buy XRP?

XRP is available to purchase from the CEXs and DEXs as listed here.

XRPL's current share of the entire cryptocurrency market is 2.28%, with a market capitalization of $ 20.10 Billions.

You can find more details about XRPL on its official website and on the block explorer.