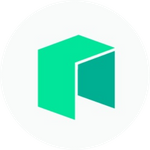 [NEO]
NEO is a non-profit community-driven blockchain project which aims to digitize assets and automate the management of digital assets.

NEO price Index provides the latest NEO price in US Dollars , BTC and ETH using an average from the world's leading crypto exchanges.

The NEO to USD chart is designed for users to instantly see the changes that occur on the market and predicts what will come next.

NEO (NEO) operates on its own blockchain.

NEO's current share of the entire cryptocurrency market is 0.07%, with a market capitalization of $ 847.95 Million.

You can find more details about NEO on its official website and on the block explorer.

NEO is a non-profit community-driven blockchain project. It utilizes blockchain technology and digital identity to digitize assets and automate the management of digital assets using smart contracts. Using a distributed network, it aims to create a "Smart Economy".

NEO was founded in 2014 and was open sourced on GitHub in June 2015. The project has a huge developer community around the world, such as CoZ, NEL and NeoResearch, who continuously contribute to NEO development.