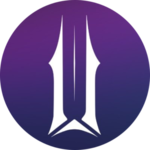 Illuvium is a RPG sci-fi adventure game built on the Ethereum network. The game features elements of DeFi and blockchain allowing players to earn rewards for playing the game and complete ownership of in-game assets. Players can discover an intergalactic world and battle wild creatures whilst all the while earning rewards. The game is built using Unreal Engine 5.

ILV is the project’s native crypto token. It has a maximum supply of 10,000,000. ILV is not needed for gameplay. It is used for Illuvium governance, liquidity mining, and in the platform’s staking mechanism.

What are Illuvium’s key features and how does it work?

The gameplay is set across seven alien backdrops. Players take the role of a survivor of an intergalactic accident on an unexplored planet. Players can then explore the planet, hunt and capture Illuvials, beasts found within the Illuvium universe. Each Illuvial is an NFT that can be stored in a crypto wallet.

In order to capture wild Illuvials a player must build a strong team by upgrading pre-existing Illuvials. Illuvials come in the form of 5 different classes: Fighter, Guardian, Rogue, Psion, and Empath. Each class is designated by different characteristics and attributes.

Once a player has captured Illuvials and built a strong team, they can enter the autobattler and fight opponents in battle.

The game features a marketplace, the IlluviDEX, where players can trade and sell their captured Illuvials and other in-game assets, such as farmed materials. The marketplace has zero gas fees and facilitates instant transactions thanks to Immutable X integration.

What is noteworthy about Illuvium?

What can ILV be used for?

ILV is used for Illuvium governance and within the game itself. This includes upgrading and purchasing Illuvials from the marketplace. Token holders can earn more ILV by providing liquidity. Also, ILV can be staked, revenue of the game and sales will be shared between all ILV stakers.

Where can you buy ILV?

ILV is available for trading on the following CEXs and DEXs listed here. The most popular platforms with the highest liquidity are Binance, SushiSwap, Gate.io, and KuCoin. The price of ILV will vary depending on the choice of exchange and overall market conditions. For up-to-date and historic data for ILV market prices, please view the price charts on this page.

Illuvium's current share of the entire cryptocurrency market is 0.02%, with a market capitalization of $ 194.09 Million.