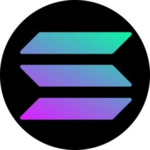 Solana is a scalable, decentralized, and programmable blockchain. It facilitates transactions of its native SOL coin as well as digital assets like non-fungible tokens (NFTs), as well as SPL tokens. Solana’s founder, Anatoly Yakovenko, created the project in 2017 intending to increase the scalability of a cryptocurrency blockchain without sacrificing decentralization or security.

What are SOL key features and how does it work?

One of the biggest competitive advantages of Solana is its relatively high transaction speed. The blockchain can support up to 50,000 transactions per second without sharding. Solana achieves this via its proof of stake consensus mechanism along with timestamped transactions, known as Proof of History. This essentially means that it creates a historical record that proves that an event, i.e transaction, has occurred at a specific moment in time. Solana is the first network to try this Proof of History model.

Proof of History is designed to keep the time between computers running on a decentralized network without the need for all computers to communicate about it and reach an agreement. It keeps all records of transactions in an open ledger which is accessible by every block on the network. This maximizes efficiency by allowing transactions to be processed more quickly and allows for greater scalability on the blockchain. Thus, Solana remains secure, scalable, and decentralized without the necessity for any layer 2 solutions like Ethereum’s rollups and sidechains or Bitcoin’s lightning network.

Proof of History is used in combination with Proof of Stake which is designed for quick validation of the current sequence of transactions produced by the PoH generator. The computers that process transactions and secure the network are called validators. Participants can stake their own SOL to become a validator, or delegate tokens to validators, in exchange for a chance of earning more SOL and a percentage of transaction fees.

Solana’s choice of consensus has caused controversy in the crypto space, with some skeptical of its mechanics. In a PoW system, to counteract the possibility of two blocks being validated at the same time, transitions are slow, and the algorithm essentially acts as a clock. PoS, however, does not have a reliable source of time, and it is difficult to know the order of blocks as they arrive. PoH’s architecture enables transactions to be ordered as they enter the network, known as entries, rather than by block as seen on traditional blockchains. Thus solving the problem of agreeing on time, whilst also providing almost instant finality for the thousands of transactions it receives per second.

SOL also serves as a governance token. This means that holders can vote on future upgrades and governance proposals submitted by the Solana community.

What can Solana be used for?

Like Ethereum, Solana is a programmable platform that can interact with smart contracts. Smart contracts power a wide range of applications, from DeFi and NFT markets to decentralized lotteries and games.

Solana, unlike Ethereum and other EVM-compatible chains that run smart contracts on Solidity, uses Rust as a programming language. Rust is still a relatively young language, but in terms of tooling support, it is years ahead of Solidity. It can be used for fast, low-resource, cross-platform solutions and the language itself has many features that make writing Rust code both more ergonomic and easier to use than Solidity.

As of August 2021, many of the most popular applications running on Solana are DEXs and lending apps, and the crypto app ecosystem on Solana supports billions of dollars worth in TVL (Total Value Locked). One of the main reasons that users might prefer an app running on Solana over the comparable Ethereum, for example, is that speeds are high and congestion is low, thus resulting in significantly lower fees.

Serum is an example of a high-speed, non-custodial DEX built on Solana created by the Serum Foundation, founded by FTX, Alameda Research, and a consortium of other partners. The DEX runs on a fully on-chain central limit order book. The exchange hopes to solve current DeFi problems such as high gas costs, slow transactions, and centralization.

Where can you buy SOL?

SOL tokens are available on all of the CEXs and DEXs listed on the market tab.

One of the most popular choices is Binance FTX, it has the highest SOL/USDT trading volume. OKEx and other popular exchanges also list SOL.

Solana (SOL) operates on its own blockchain.

Solana's current share of the entire cryptocurrency market is 1.18%, with a market capitalization of $ 11.74 Billion.

You can find more details about Solana on its official website and on the block explorer.