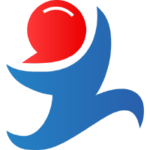 [GOLOS]
Golos is the primary cryptocurrency of Golos.io, which is a blockchain-powered Russian blogging platform.

Golos price Index provides the latest GOLOS price in US Dollars , BTC and ETH using an average from the world's leading crypto exchanges.

The Golos to USD chart is designed for users to instantly see the changes that occur on the market and predicts what will come next.

Golos (GOLOS) operates on its own blockchain and can be minted.

Golos's current share of the entire cryptocurrency market is 0.00%, with a market capitalization of $ 290.25 Thousands.

You can find more details about Golos on its official website and on the block explorer.

Golos.io is a licensed hard-fork of Steemit project, which is built on Graphene blockchain.

Similar to the Steemit platform, Golos.io also features a rewarding system in which users are rewarded for their upvoted content. The platform is dedicated to the Russian speaking community; thus it is only available in Russian language.

The platform intends to encourage Russian speaking content creators to produce high-quality content. This is done by a systematic voting mechanism which allows platform’s users to upvote and encourage quality content by and rewarding the creators with native token.