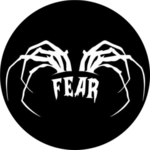 Fear is a blockchain horror gaming eco-system with NFTs where gamers can Play to Earn in multiple ways.
Website

PROJECT OVERVIEW: WHAT IS FEAR

Fear NFTs develop rich animated, original horror based blockchain NFT games targeting teenagers and young adults with the majority of it gamer base being 80% male and 20% female in an age range of 14 to 26. Utilising their large user base and strong organic brand value, they aim to enrich its gaming experience for existing and new players by introducing game asset ownership and interactivity via Ethereum. Their success will be reflected in the ERC-20 Fear coin which will benefit long term holders and its gamers.

Its mission is to provide gamers and crypto enthusiasts with a chance to own unique and rare NTFs with rich use cases in its games while enjoying exciting horror action games on the blockchain, something the space is currently lacking. Players will also be able to "Play to Earn" by farming NFT's and winning Fear coin prize pools, incentivising their continuing interaction and support for their games.

Holders will also gain major exposure to its on-going success as a game development company within the NFT space. They anticipate this will be an emerging trend in the NFT space, the ability to tap into value earned from an actual game developer of NFT assets with highly original games.

FEAR NFT already has a regular user base of 100,000 players a month. On average when they launch a new game that increases by between 300% to 400% due to major Youtube exposure and word of mouth from its current user base having a new exciting game to play and share with their friends.

They also benefit from major exposure with partners which large casual gaming portals beyond its traffic. These portals collectively receive 20 million players a month.

In terms of attracting crypto gamers, they do not see this as a problem for several reasons:

They plan a series of NFT airdrop contests for Twitter. A $FEAR coin airdrop contest and will approach influencers who are interested in working with FEAR NFT while having their own NFT created and animated to appear in its game. Influencers will be as much an NFT specialist as crypto in general.

They will also collaborate with horror artists and other high quality NFT art projects to have some of their work re-imagined and brought to life in their games. Turning static artwork on the blockchain into fully blown animated rich characters is a powerful lure they anticipate many projects will be keen to take up while in return they will gain new audiences and fans from those projects. This will peak the interest of many NFT collectors and artists to speculate on and collect its own assets.

As its games are highly original with striking animations and contain never seen before scenarios in games, movies and animation, they have a strong impact and impression on new gamers. They tend to spread like wildfire due to their dark humour and crazy plots.

Currently there are no competitors in the Blockchain NFT space.

FEAR has no doubt casual action games are in demand with crypto gamers. Game sales in the US in 2018, the Action genre leads the way at the top of the table. Coupled with this horror is a very powerful sub niche to tap into and is a hotly covered area with Youtube gamers. Marrying both genres together with its current brand will provide gamers with an irresistible mix and a gamer series hard to resist when farming and interacting with NFTs.

To give you an idea of the sort of potential in the horror gaming market for PC and mobile gaming, here are some stats of indie horror developers and their revenue generation from just producing one or two games each of high originality. You could consider these games are indirect competitors (in the fiat realm) though all are very different from one another within the horror realm.

In addition to the traditional revenue streams FEAR NFT will make further revenue from:

Fear's current share of the entire cryptocurrency market is 0.00%, with a market capitalization of $ 2.15 Million.

You can find more details about Fear on its official website and on the block explorer.