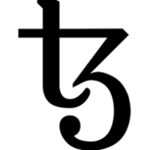 Tezos (XTZ) is a blockchain network with its own digital token. Tezos was created in 2014 and calls itself a “self amending blockchain” platform. This comes from its unique proof-of-stake consensus mechanism where participants themselves can directly control the rules of the network. Token holders receive a reward for taking part in this process.

The team launched with a hugely successful initial coin offering in 2017. However, an internal dispute between the coin's creators and the Tezos Foundation led to significant delays in the platform launch.

What are XTZ key features and how does it work?

Like many other blockchain platforms, the Tezos platform allows developers to create smart contracts and design new programs meant to replicate products and services.

In addition, investors can stake their tokens to earn interest. The average APR reward is around 4.66% for staking XTZ.

Where Tezos differs from other blockchains is with its self-amending characteristics. The Tezos blockchain has two key parts which are important in this process. The first is the shell, this is part of the code that amends itself based on user voting, it is also responsible for interpreting transactions and other operations. The second part is the protocol, which is the part of the code responsible for sending proposals to the shell for review.

The governance system works by users voting via a process called “baking.” Participants agree to lock XTZ in special contracts and then become bakers or delegate XTZ to other bakers, to win newly minted XTZ from the protocol. To become a baker, a node needs 8,000 XTZ.

Bakers are incentivized to perform honestly, because users have the flexibility to easily switch between the bakers they delegate XTZ to, depending on their voting preferences.

What is noteworthy about Tezos?

Tezos’ self-assessment as a self-amending chain is one of the things that make it unique. The technology used on its blockchain is "designed to evolve." The idea is that those who own Tezos can propose any changes and vote directly on-chain to approve them, or not. This removes the need for any form of in-person discussion. Approved updates will then be implemented automatically.

This style of governance model is uncommon amongst other blockchain platforms. However, the Tezos community hopes that it will reduce the possibility of divisions and disagreement within the users which could eventually lead to a fork or split in the blockchain.

What can XTZ be used for?

Tezos has several use cases, but it is arguably most suited to financial agreements, due to its smart contract language. Indeed, the team states that its Michelson language stops funds from getting lost or frozen due to any bugs or issues with the code.

For example, companies such as Incore Bank, Inacta, and Crypto Finance Group have announced that they will use Tezos to develop DAR-1 tokens. These new tokens will use smart contracts to comply with anti-money laundering rules and improve governance. Incore Bank further stated it would launch staking services for the Tezos network.

Where can you buy Tezos?

XTZ can be bought from any of the CEXs and DEXs as listed here.

The current circulating supply of Tezos is 917.77 Million tokens, and the maximum supply of XTZ is unlimited.

Tezos's current share of the entire cryptocurrency market is 0.09%, with a market capitalization of $ 1.01 Billion.

You can find more details about Tezos on its official website and on the block explorer.