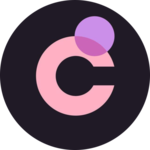 Chromia is an open-source public blockchain platform meant to facilitate the effortless creation of decentralized applications (dapps). The project was established in response to the serious drawbacks of existing blockchain systems and is aimed to enable a new generation of dapps to scale beyond what is currently possible. Chromia was previously known as Chromapolis.

Chroma [CHR] is the native token of Chromia that fuels the platform and fosters mutually beneficial relationships among developers, users, and investors. The Chromia [CHR] live market price charts are available on this page.

How Does Chromia [CHR] Work?

Chromia is a multi-layer public distributed ledger that employs relational database features. The purpose of Chromia is to help users avoid existing shortcomings of decentralized applications such as negative user experience, subpar security, and elevated payment fees. The project aims to make fundamental improvements in how dapps work and make them more scalable, efficient, and user-friendly. CHR is the ERC20-type native token of the platform.

This decentralized platform allows for the creation of decentralized applications that overcome the current limitations of existing dapps. Chromia seeks to develop a technical solution that will combine traditional relational databases and blockchain. By leveraging these two technologies, Chromia strives to give rise to a new generation of dapps that will scale more effectively than existing ones.

The project believes that a distributed ledger plays the role of a shared database within a decentralized application ecosystem: it stores application data and ensures that data additions, changes, and transformations are authorized and comply with the application’s rules.

For this reason, Chromia is designed to serve the role of a shared database in the best way possible. That is achieved through the use of the existing Postchain framework developed by ChromaWay.

Key features of Chromia include:

A relational model. Blockchain data and application state are kept in a relational database. This model offers great flexibility, versatility, and consistency.

A relational programming language. Chromia dapp back-ends are written in a special language that has a deep integration with the relational model. This model enhances programmer productivity and ensures application consistency.

Horizontal scaling. Each decentralized application has its own blockchain. Since each blockchain is managed by a subset of nodes, it is possible to elevate the overall bandwidth capacity by increasing the number of nodes.

Rich indexing and querying. Dapps can quickly get the information they need directly from the nodes running the app. The Dapp blockchain logic can execute complex queries without slowing down the network’s performance.

Practical byzantine fault tolerant consensus. It is a voting-based consensus model that guarantees the network’s stability and safety even if most of the nodes are faulty or malicious. This consensus mechanism also allows transactions to be completed nearly instantly.

First-class dapps. Dapps do not stem from smart contracts in Chromia. Instead, they are considered first-class entities. Chromia provides dapp builders with a high degree of flexibility and control.

Chromia is general-purpose software that is suitable for practically all sorts of decentralized applications. It is especially well suited for use cases where high I/O (input-output) bandwidth is required or complex datasets need to be managed. Massively multiplayer online games (MMOGs) are an example of such a use case. Blockchain games are becoming more and more popular, but MMOGs are not currently available in the decentralized space because no existing blockchain platform can support them.

Chromia can host extremely large virtual game worlds on the blockchain, making sure they evolve according to predetermined rules and ensuring no cheating occurs in the game. The project believes that the introduction of MMOG will be the best way to prove Chromia's capabilities. MMOGs have very high standards, and the ability to host MMOGs means that Chromia is suitable for resource-intensive and complex decentralized applications of all kinds.

What is CHR Token?

The platform creators regard their CHR token as “the bread and butter” of the Chromia platform. It is a utility ERC20-standard token with several important functions:

Where to Buy Chromia [CHR] Crypto?

Chroma Token [CHR] is listed on major cryptocurrency exchanges. The most trusted resources of Chromia [CHR] Coin include Binance, Gate.io, Kucoin, Poloniex, AscendEX Exchange. The CHR market price is volatile – it can increase or drop in value within short times.

Where to Store Chromia [CHR] Token?

The Chromia team has developed ChromaWallet – a wallet that you can use to hold Chroma tokens as well as any tokens on any Chromia blockchain which comply with the FlexibleTokens standard. The wallet also provides an ability to interact with dapps using a simple interface and manage dapp accounts. ChromaWallet is available in desktop, mobile, and browser extension versions and will soon target hardware wallet integration.

Other crypto wallets that support ERC20 coins can also be used to store and secure CHR tokens.

Chromia's current share of the entire cryptocurrency market is 0.01%, with a market capitalization of $ 65.00 Million.

You can find more details about Chromia on its official website and on the block explorer.