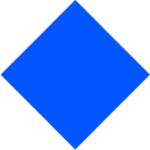 Waves price Index provides the latest WAVES price in US Dollars , BTC and ETH using an average from the world's leading crypto exchanges.

The Waves to USD chart is designed for users to instantly see the changes that occur on the market and predicts what will come next.

Waves's current share of the entire cryptocurrency market is 0.05%, with a market capitalization of $ 621.36 Million.

You can find more details about Waves on its official website and on the block explorer.

The Waves blockchain launched in 2016, and was designed to allow users to create their own custom crypto tokens. The project has since evolved into an ecosystem made of its own blockchain platform, for the creation of custom tokens, as well as a smart contract solution and its own decentralized exchange, Waves DEX.

The Waves platform allows for the creation and trade of crypto tokens without users needing knowledge of smart contract programming. Instead, tokens can be easily created and managed via scripts that run in user accounts directly on the Waves blockchain.

What are Waves’ key features and how does it work?

It differs in that, with a traditional proof-of-stake model, any node that locks up tokens is eligible to add blocks to the blockchain. Depending on the amount of coins a node has locked, the chances that a node will be able to add a block generally increase or decrease.

However, with the LPoS, nodes can also choose to loan their WAVES balance to full nodes. This means that when a full node is designated as the producer of the next block and is rewarded, nodes that have leased tokens to that selected node earn a certain percentage of the payout.

What is noteworthy about Waves?

A core component of the Waves blockchain is the ability to create ‘Smart Assets’. These are tokens with an attached script written in Ride, Waves’ native programming language. Any token can be given functionalities by attaching a script. Because Waves facilitates users to issue tokens without any prior programming experience, the tokens and subsequent transfers are done as attachments added to transactions.

Different transaction types can be initiated through plug-ins that are installed as extensions on top of the blockchain.

Furthermore, Waves uses a unique protocol, called the Waves-NG, that determines which node is entitled to produce the next block.

Waves-NG breaks up the Waves blockchain into ”key blocks” and “micro blocks.” Key blocks are created by a randomly chosen proof-of-stake miner. A public key in this block is then used by other nodes to create many micro blocks which include transactions.

Where can you buy WAVES?

WAVES can be bought from the DEXs and CEXs as Uniswap, Binance, Okex, Huobi, and many more.