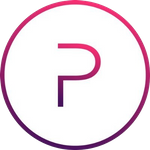 Polymesh is an institutional-grade permissioned blockchain built specifically for regulated assets. It streamlines antiquated processes and opens the door to new financial instruments by solving challenges with public infrastructure around governance, identity, compliance, confidentiality, and settlement. POLYX is the native protocol token of Polymesh used to stake and secure the network, pay transaction fees, and engage in governance.

POLYX enables the creation and management of security tokens, drives POLYX holder participation through governance, and secures the chain through staking. Tie these pieces together and an ecosystem emerges on Polymesh with POLYX at the centre.

Polymesh (POLYX) operates on its own blockchain.

Polymesh's current share of the entire cryptocurrency market is 0.01%, with a market capitalization of $ 79.81 Million.

You can find more details about Polymesh on its official website and on the block explorer.