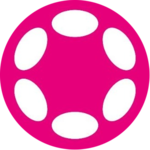 Polkadot is a next-generation blockchain protocol, its mainnet was released in May 2020. DOT is the platform’s native token. The Polkadot project was created in 2017 by former Ethereum CTO Gavin Wood. The idea came from a desire to create a version of Ethereum that could offer developers more benefits, improve interoperability, scalability, and provide a solution to issues caused by sharding. DOT trading started in August 2020, with the Polkadot ecosystem itself being rolled out shortly after. The project is funded by the Web3 Foundation, which promotes a decentralized web, accordingly, the entire network operates in a decentralized manner. The system is trustless so there is no need to rely on third parties to carry out transactions or to store private information.

What are DOT Key Features and How Does It Work?

The platform’s main focus is on interoperability between purpose-built blockchains under a single network, and across different blockchain networks. Any blockchain can join and communicate with other blockchains within Polkadot’s network. Bridges provide these communication links. In terms of scalability, Polkadot can connect to any blockchain built on any network, and is also able to process multiple transactions concurrently. Polkadot can process more than 166,666 transactions per second, with Gavin Wood claiming this could theoretically increase to over 1 million with additional upgrades. Often slow, the process of upgrading a chain can cause forking if not every module or node in a blockchain system has upgraded successfully. Polkadot can easily upgrade its entire network simultaneously without the potential for forks to split its chains.

The Polkadot Architecture makes the network unique. There are three main pieces that make up Polkadot’s structure.

First, the Relay Chain is the main point of communication in Polkadot. Parachains are connected to the relay chain where messages are passed on to. This is also where the process of consensus culminates.

Secondly, parachains are individual purpose-built blockchains that are connected to the relay chain, each parachain can host a unique project. They can have their own native token and can communicate with the rest of the network. Parathreads are similar but offer even more flexibility for developers. Parachains can be tested on Polkadot’s smaller network Kusama and on testnets so that they are optimized and ready for deployment on Polkadot’s own relay chain.

Lastly, bridges allow the Polkadot network to connect and communicate with any external network, for example, legacy blockchains like Bitcoin and Ethereum. Polkadot uses a unique hybrid consensus algorithm, known as GRANDPA and BABE. The roles in the consensus model further add to Polkadot’s originality.

First, validators provide trustless security by staking the relay chain and validating transactions. Consensus is reached when all nodes in the network agree on the same state of the blockchain to be true and can form another block. Collators collect transactions and proofs from parachains so that validators can validate transactions. Collators also play a key role in Cross-Chain Message Passing. Nominators secure the chain by choosing validators to represent and stake DOT on their behalf if they do not have an appropriate node or do not want to bother. Finally, fishermen are in charge of monitoring the network to ensure that there is no malicious activity from validators or any other party.

The DOT token itself serves three distinctive purposes in the network: governance over the network, staking, and bonding. As with most cryptocurrencies, it can also be used for basic financial transactions and is tradable on cryptocurrency markets.

What Can DOT be used for?

Polkadot enables developers to connect any app to the relay chain, either made in other networks or on traditional programming languages. Developers do not need to learn Polkadot’s framework Substrate and teams using Polkadot can create their own blockchain and benefit from the pre-existing shared security. Given the possibilities this offers to developers, particularly in terms of scalability, cross-chain messaging, and its flexible technical architecture, the number of potential use cases is astounding. Indeed, it expands to many sectors, including commerce, government, and gaming.

Where can you buy Polkadot?

Polkadot can be bought on most major exchanges, both centralized and decentralized, for example, Binance, Kraken, and OKEx.

DOT is available to trade against most major FIAT currencies, as well as with many cryptocurrencies on the exchanges listed in the market tab.

Polkadot's current share of the entire cryptocurrency market is 0.68%, with a market capitalization of $ 7.53 Billions.

You can find more details about Polkadot on its official website and on the block explorer.