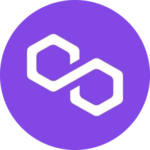 Polygon (MATIC) is an interoperability layer-2 scaling solution for building Ethereum-compatible blockchains. In essence, the Polygon network acts as an add-on layer to Ethereum that does not change the original layer. It is a multi-level platform from which interoperable blockchains can be launched. It seeks to improve the scalability of Ethereum via a plethora of sidechains, and at the same time reduce gas fees associated with the original blockchain.

The MATIC token is used for blockchain governance, staking, and gas fees via a Proof-of-Stake consensus mechanism.

What are MATIC key features and how does it work?

Polygon deploys what is known as PoS ‘checkpointing’ to improve transaction speed. PoS ‘checkpointing’ essentially means that consensus is ensured by a selected team of block producers. Block producers are appointed to a predetermined checkpoint by stakers and allow the system to form blocks at a rapid pace. At the same time, decentralization is maintained by delegating PoS checkpoints to the main chain which is initially, Ethereum.

Polygon’s architecture is also fundamental to its operations. The Polygon software development kit (SDK) is used by developers to build Ethereum-compatible decentralized applications as sidechains and connect them to the main blockchain.

The first is the Polygon networks layer, which is the ecosystem of blockchain networks built on Polygon, it adds the Proof-of-Stake layer to the network. Each of the blockchains built on Polygon has its own community and is responsible for handling its consensus and block production.

The second is the Execution layer, which is Polygon's Ethereum Virtual Machine (EVM) implementation used for executing smart contracts.

Chains launched on Polygon can communicate both with one another and with the Ethereum main chain thanks to Polygon's arbitrary message passing capabilities. Sidechains can be built using one of the following scalability methods:

Plasma Chains: These work by grouping transactions into blocks, which are then sent in a submission on the Ethereum blockchain via Plasma bridges;

zk-Rollups: These allow multiple off-chain transfers to be grouped into one transaction;

Optimistic Rollups: These work in the same way as Plasma Chains, but are also capable of scaling Ethereum smart contracts and facilitating near-instant transactions.

The MATIC token functions as Polygon’s utility token. It is used for network participation via governance by voting on Polygon Improvement Proposals, contributing to security with staking, and paying gas fees. Matic tokens are released into the market every month, with the maximum supply capped at 10,000,000,000.

What can Polygon be used for?

Using Polygon’s framework, developers can create preset blockchain networks with characteristics tailored to their specific needs. These can be further customized with a growing range of modules, which allow developers to create sovereign blockchains with more specific functionality.

Polygon is also compatible with the Ethereum Virtual Machine, therefore developers with knowledge of Ethereum’s Solidity will have less of a learning curve to create decentralized applications.

At present, the platform has been used to launch projects in DeFi and gaming, as well as for lending platforms and transferring payments.

In general, the “thing” about Polygon is that it is an Ethereum clone for people who are willing to sacrifice security for cheap transactions.

Where can you buy MATIC?

Polygon is available on the CEXs and DEXs as listed here.

Polygon's current share of the entire cryptocurrency market is 0.91%, with a market capitalization of $ 8.32 Billions.

You can find more details about Polygon on its official website and on the block explorer.