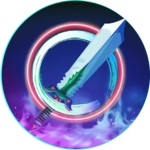 Magic Craft – war and conquer MMO Play-To-Earn RPG, launched on Binance Smart Chain, with advanced guild, taxes and economy systems. You team up with other players and build clans to fight with other clans on the platform. Higher staking rewards for powerful castles, weapons, armor and castles. You will fight other players In PVP, clean wars and buy and mint better weapons and armor for more powerful character stats using $MCRT.

In the Magic Craft metaverse there are powerful Castles built by the Elders. Every week your clan goes to war for the ownership of one of the 7 castles, where the King of the castle gets taxation in our native cryptocurrency $MCRT.

Each character has different collectible NFT traits, items, weapons, armor, spells, magic scrolls, clothes, attacks, and poses. You can trade these collectibles in the NFT marketplace for $MCRT.

On the platform there are higher staking rewards for powerful castles, weapons, armor and castles. You hold the value of your character in $MCRT.

MagicCraft's current share of the entire cryptocurrency market is 0.00%, with a market capitalization of $ 1.83 Million.