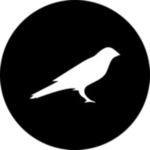 Kusama price Index provides the latest KSM price in US Dollars , BTC and ETH using an average from the world's leading crypto exchanges.

The Kusama to USD chart is designed for users to instantly see the changes that occur on the market and predicts what will come next.

Kusama's current share of the entire cryptocurrency market is 0.04%, with a market capitalization of $ 549.54 Million.

You can find more details about Kusama on its official website and on the block explorer.

Kusama was founded in 2019 and is a Proof-of-State network based on Polkadot’s codebase. It was created essentially as a space for any developer to experiment and test their blockchains or applications before releasing them to Polkadot. As such developers can thoroughly test and vet early versions of Polkadot projects in a live, realistic environment.

The network’s native cryptocurrency, KSM, is not an ERC20 token as Kusama uses its own blockchain technology to manage the network. KSM serves as a utility token for the network, is used for governance, and can be staked for the operation of the network.

What are KSM key features and how does it work?

Since Kusama is a sister chain to Polkadot both networks share many fundamental design features. For example, like Polkadot, Kusama uses two types of blockchains to process transactions and handle network activity. The main blockchain is called the Relay Chain. This is where validators take part in staking and transactions are finalized. The Relay Chain has minimal functionality and is responsible for coordinating the system as a whole. It uses a Proof-of-Stake consensus mechanism. Anyone who stakes KSM can become a node or validator on the network. There are also Parachains, which are essentially created by developer teams themselves. Each Parachain can each have unique architectures and features depending on its individual use case and the project behind the parachain.

Due to the nature of Kusama as a testing ground for Polkadot. The platform offers more flexibility for developers in terms of looser rules, and less strict governance parameters. For example, in Kusama, it takes seven days to vote on a referendum and eight days to implement changes after the votes, this is much quicker than the month it takes for each process on Polkadot. Also, the minimum staking requirement to become a validator is much less than on Polkadot.

The governance itself is made of three types of Kusama users. The first is the Referendum Chamber, any holder of KSM can propose, refuse or accept a change to the network. The second is the Council. The Council is made up of elected KSM holders and is in charge of proposing and determining which changes by KSM holders are implemented on the network. The third group forming part of the governance is the Technical Committee. This committee is composed of teams actively building on the network and can make special proposals. As such, Kusama allows Polkadot projects to build a user base and gain traction in the community before the official launch.

What can Kusama be used for?

As mentioned, Kusama serves predominantly as a testnet for projects prior to launching on Polkadot.

Where can you buy KSM?

Kusama (KSM) can be bought via the DEXs and CEXs as listed here.