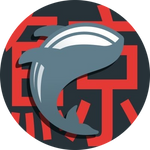 There are couple of native DAPPs on the Kijura blockchain:

Kujira (KUJI) operates on its own blockchain.

Kujira's current share of the entire cryptocurrency market is 0.01%, with a market capitalization of $ 54.36 Million.

You can find more details about Kujira on its official website and on the block explorer.