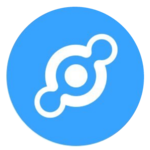 [HNT]
With a Helium Hotspot, anyone can earn cryptocurrency by building a wireless network in their city and creating a more connected future.

Helium price Index provides the latest HNT price in US Dollars , BTC and ETH using an average from the world's leading crypto exchanges.

The Helium to USD chart is designed for users to instantly see the changes that occur on the market and predicts what will come next.

Helium (HNT) operates on its own blockchain.

Helium's current share of the entire cryptocurrency market is 0.09%, with a market capitalization of $ 1.08 Billion.

You can find more details about Helium on its official website and on the block explorer.

Helium was founded in 2013 with the mission of making it easier to create connections between devices. The Helium Blockchain is open-sourced and was developed to incentivize the creation of a physical, decentralized wireless network. As such, Helium is a global, distributed network of hotspots that create public, long-range wireless coverage for LoRaWAN-enabled IoT devices using Helium's LongFi protocol.

LoRaWAN is a Low Power, Wide Area (LPWA) networking protocol that is designed to wirelessly connect IoT devices with the internet. It is an alternative technology to that of cellular (Cat-M and NB-IoT).

What are Helium’s key features and how does it work?

A key aspect of Helium is that instead of building out the network themselves, Helium pays individuals in cryptocurrency to operate the LoRaWAN hotspots.

These are nodes spread across the globe that build and run the network. Hotspots produce and are rewarded in HNT, the native cryptocurrency of the Helium blockchain. HNT is rewarded to Hotspots according to the quality of the coverage provided and the amount of LongFi sensor data they transport for devices on the network.

Any sensor using the Helium LongFi wireless protocol can connect to the network. It is predominantly intended for battery-powered devices that are sending small amounts of data across several miles.

In essence, a Helium miner works like a large-scale home WiFi router. One key part consists of a LoRa radio that creates a hotspot around a miner’s house; the other part is a computer.

HNT is burned to create Data Credits. Data Credits are used for various functions, for example, sending sensor data and asserting Hotspot location. Any LongFi-enabled IoT device can send data through any Helium Hotspot that is providing coverage.

PoC is based on the HoneyBadger BFT protocol. This protocol is specifically designed for node communication with unreliable conditions. Hotspots must submit proof of wireless coverage, in a cryptographically verified location and time, to receive rewards.

Where can you buy Helium?

HNT can be bought at any of the DEXs and CEXs as listed here. Popular exchanges include Binance and FTX.