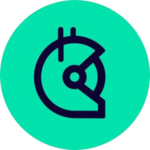 Gitcoin is the community of builders, creators, and protocols at the center of open web ecosystems.

Gitcoin (GTC) is an Ethereum-based platform. It aims to be a decentralized solution for funding open source projects. It does so by utilizing its unique approach called Quadratic Funding, which is based on matching funding. GTC is an ERC-20 token used for governance within the platform. The platform is governed by the GTC token.

The platform was founded by Kevin Owocki in late 2017. It was initially launched as a small minimum viable product. Nevertheless, the mission was established through the start and remained consistent through the years: removing recruiters as intermediaries and funding open-source projects. The years after that included a lot of experimentation but the project survived thanks to supporting and successful market positioning. 2021 marked a new beginning for the platform: January saw the project attracting investors, while GitcoinDAO was launched in May. May also marked the appearance of the GTC token that was added retroactively into the system. The company’s next plans involved a path to full decentralization with the end goal of reaching what they call Quadratic Lands: a financially democratic digital community based on Quadratic Funding.

What are GTC’s key features and how does it work?

Gitcoin offers an ecosystem where developers can earn money through bounties, sponsored hackathons or grant funding. The platform is aimed to support independent developers and open-source solutions. This clever system offers a crowdfunding matching solution called Quadratic Funding. It uses an algorithm that prioritizes the projects based on the number of contributors instead of the size of the contribution. The more contributors participated, the larger the matched amount will be even if it raises the same amount of money as a solution with fewer “investors”. This provides incentives for smaller contributors. The platform developers consider it to be essential for financial democracy and an overall fairer solution. The reason is that the projects that attract wider audiences are more important, as well as it’s a way to prevent manipulation by wealthy few. The system doesn’t fully prevent large actors from exercising their influence, instead, it makes it significantly more difficult.

The GTC token is used for governance, it has no economic value within the ecosystem, so it cannot be used for transactions or staking. Half of its total supply of 100 million coins has been allocated to those who provided value to the ecosystem (contributors, investors, developer team, and active community members). Another 15% were retroactively airdropped to the users. The token makes community-led governance and on-chain voting (an approach where changes are made directly to a blockchain) possible, using a solution similar to one that COMP and UNI tokens utilize.

Where can you buy GTC?

Gitcoin (GTC) tokens are available to buy on various platforms. The list includes Binance, KuCoin, Uniswap V3. They can be traded against stablecoins (USDT), cryptocurrencies like BTC and ETH and sometimes against FIAT.

How can you store GTC?

Since GTC operates within the Ethereum blockchain, it can be stored using any ERC-20 compatible wallet. For example, MetaMask can be a good and useful choice.

GTC tokens are not minable. The total supply is limited to 100 million coins. No staking programs are available for GTC coins, since the token is used within the platform for governance purposes only and has no claim on financial rights.

Gitcoin's current share of the entire cryptocurrency market is 0.00%, with a market capitalization of $ 25.29 Million.