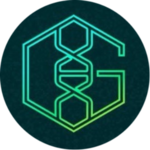 Genopet is your NFT spirit animal encoded with your personality and fitness data. Stay active with health wearables to guide the destiny of your Genopet and unlock your full potential. As you evolve⁠—it evolves.

Genopets is the first Move-to-Earn MMORPG that rewards you for exercising your mind and body. Transform your real-life movement into $KI tokens to use in battle, craft valuable items, and upgrade your Genopet’s style and performance.

Enter the battle arena to compete in fast-paced mini-games. Sharpen your reaction time, memory, and overall cognition to become the next Arena Champion. Play-for-Keeps and reap items and move-sets from your defeated opponents.

Summon your Genopet for free and start trading your sweat for $KI. There are countless ways to earn in the Genoverse. Trade crafted items, accessories, move-sets, and land on NFT marketplaces, or just trade $KI itself on exchanges.

$GENE Token is a fungible governance and staking token that represents ownership in the Genoverse. Token holders vote on the future of gameplay as well as stake their tokens to earn rewards.

$KI Token is a fungible in-game reward token earned by players who have purchased a Habitat. Token is used to accelerate Genopet evolution, craft Habitants and other items, and battles.

XP represents experience points that are a state in Genopet's non-fungible token metadata which increases with grinding actions. One the required amount is attained, the Genopet can be upgraded.

Genopets's current share of the entire cryptocurrency market is 0.00%, with a market capitalization of $ 3.06 Million.