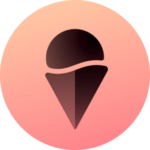 Gelato is a protocol to automate smart contract executions on Ethereum.
Website

Gelato Network is a decentralized network of bots used by web3 developers to automate smart contract executions on public blockchains including Ethereum, Polygon, Fantom, and others.  Using Gelato, developers can outsource their web3 DevOps needs so that they can focus exclusively on building their core product.

The vision of Gelato Network is to solve the issues of lacking reliability, sophistication, and centralization around Dapps that want to offer automatic smart contract executions within and across multiple blockchain networks in the web3 ecosystem.

The Gelato token is the central focal point of all relevant stakeholders in the network. The token exists as a utility for effective incentive alignment amongst the protocol’s participants. Token holders will be able to signal their support for or opposition to Proposals in the Gelato DAO.

Gelato's current share of the entire cryptocurrency market is 0.00%, with a market capitalization of $ 10.99 Million.