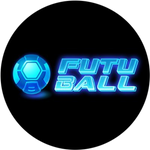 FutuBall is the combination of two words: Future and Football. FutuBall brings the most satisfying experience in the football management game genre and allows the incomparable play-to-earn that is promised to make your World Cup season to a higher level

FutuBall is a GameFi project that allow you to collect, build, and manage an efficient football team in order to become the best football manager!

$FB is a BEP-20 token built on the Binance Smart Chain. It is the main utility token and the currency of Futuball's ecosystem. It is also a governance token.

As such, $FB will be required for the buying and selling of non-fungible tokens (NFTs), such as NFT player cards, NFT decks in Futuball's marketplace.

You will also need to hold $FB to participate in the governance of the game. The $FB holder has the full right of participating in making the changes that occur in the game.

$FB can be used for several exciting things

$FB is the medium of exchange in Futuball. It will be necessary for making purchases from Futuball's marketplace. It will be required to purchase: