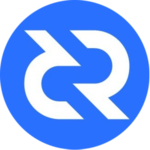 Decred is a digital currency, the development of which is controlled by each member of the community. Uses a hybrid protocol PoW/PoS.

The Decred operates as a blockchain platform that hopes to provide a community-driven and sustainable platform with open governance. The idea for the platform was conceived in 2013 with developers basing its code on Bitcoin. As such, the platform shares many similar features with Bitcoin, however, Decred has developed modifications which aim to encourage participation in governance. The mainnet launch took place in 2016.

What are Decred’s key features and how does it work?

The platform uses a combination of the Proof-of-Work and Proof-of-Stake consensus mechanisms to ensure the smooth operation of the platform. Proof-of-Work miners help to secure the network by validating transactions. They receive 10% of block rewards. Proof-of-Stake participants play a vital role in Decred’s governance process. Users must stake DCR tokens to validate and confirm transactions.

Stakers are also able to propose and vote on many different topics relating to the platform’s development. Stakers receive tickets in exchange for validating blocks. 20 tickets are available for each block with 5 being randomly chosen and distributed to stakers.

Decred’s governance takes place via its dedicated Politeia proposal system. The platform was created to help encourage users to take part in the process and achieve its goal of a more community-driven blockchain. Proposals can be submitted, discussed, and voted upon via Politeia.

The Decred blockchain also supports smart contracts as well as off-chain transactions. This means that applications can be built on top of the network. Notable applications developed by Decred include the Decred Decentralized Exchange, and Decrediton, Decred’s own crypto wallet. The wallet is available on Windows, macOS, and Linux,

What is noteworthy about Decred?

Decred facilitates atomic swaps allowing users to instantly swap tokens from different blockchains without the use of a third party.

What can DCR be used for?

The DCR token is used to reward network participants for helping to secure the network. This includes stakers and miners.

Where can you buy DCR?

DCR is available for trading on the following CEXs and DEXs listed here. The most popular platforms with the highest liquidity are Binance, OKX, MEXC Global, Gate.io, and KuCoin. The price of DCR will vary depending on the choice of exchange and overall market conditions. For up-to-date and historic data for DCR market prices, please view the price charts on this page.

Decred (DCR) operates on its own blockchain and can be minted.

Decred's current share of the entire cryptocurrency market is 0.04%, with a market capitalization of $ 350.38 Million.

You can find more details about Decred on its official website and on the block explorer.