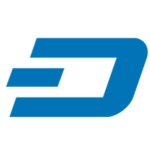 [DASH]
A digital cash with instant transactions and micro-fees

Dash price Index provides the latest DASH price in US Dollars , BTC and ETH using an average from the world's leading crypto exchanges.

The Dash to USD chart is designed for users to instantly see the changes that occur on the market and predicts what will come next.

Dash (DASH) operates on its own blockchain and can be minted.

Dash's current share of the entire cryptocurrency market is 0.05%, with a market capitalization of $ 451.32 Million.

You can find more details about Dash on its official website and on the block explorer.

Dash (DASH) is a privacy-centric digital currency with instant transactions. It is based on the Bitcoin software, but it has a two-tier network that improves it. Dash allows you to remain anonymous while you make transactions, similar to cash.