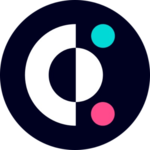 Covalent leverages big-data technology to create meaning from hundreds of billions of data points, delivering actionable insights to investors and allowing developers to allocate resources to higher-utility goals within their organization.

Instead of pain-stakingly sourcing data from a small handful of chains, Covalent aggregates information from across dozens of sources including nodes, chains and data feeds. The Covalent API then sources end users with individualized data by wallet, including current and historical investment performance across all types of digital assets. Most importantly, Covalent returns this data in a rapid and consistent manner, incorporating all relevant data within one API interface.

A Marketplace for Use-Cases

Covalent's current share of the entire cryptocurrency market is 0.01%, with a market capitalization of $ 48.52 Million.