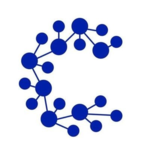 Casper is a proof of stake blockchain network optimized for enterprise and developer adoption.
whitepaper

Casper is a proof of stake blockchain network optimized for enterprise and developer adoption. The Casper Network is the first live blockchain built off the Correct-by-Construction (CBC) Casper specification, allowing the network to create sustainable new markets and unlock value by tokenizing nearly any asset without compromising performance or security. Activity on Casper is governed by CSPR, the network’s native token.

Businesses can choose to build private or permissioned applications on the network, providing enterprise applications with both the confidentiality of a private network and the security of a public one.

Casper enables on-chain smart contracts to be directly upgraded, removing the need for complex and migration processes and making it easier to patch smart contract vulnerabilities.

Concurrent execution allows greatly increased throughput with load-balancing. Instead of tasks waiting on other tasks, they can execute simultaneously, thereby increasing the speed of the network.

Casper supports developers building with WebAssembly. The network’s development ecosystem is designed to be familiar to existing Web2 developers instead of being written in a proprietary language.

Full access control mechanism over contracts, deployments, and accounts means that permissions in your business carry over onto your blockchain. Staff interactions with the blockchain match what they are authorized to do in the office.

Casper’s PoS architecture enables sharding, a database-scaling solution. The network optimizes performance by breaking down the workload into smaller, faster groups of validator nodes called “shards” and distributing work across them.

Casper (CSPR) operates on its own blockchain.

Casper's current share of the entire cryptocurrency market is 0.04%, with a market capitalization of $ 315.96 Million.

You can find more details about Casper on its official website and on the block explorer.