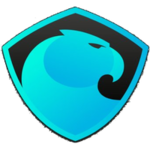 Aragon One is a Swiss company formed by the founders of the Aragon project, building tools and services related to Aragon.
Website

Aragon is open-source software built on the Ethereum blockchain designed to support the creation of decentralized autonomous organizations (DAOs). The network’s native currency is the Aragon Network Token (ANT). It is an ERC-20 token that is used to govern the platform.

At the moment organizations tend to be centrally managed and governed, meaning workers have little input in decision-making processes. Aragon suggests this is inefficient and its network has been created to overcome centralized governance by allowing users to create DAOs where any and every member can propose ideas and vote on decisions. Within Aragon’s network, anyone can become a member of a DAO by owning the relevant token. Additionally, organizations depend on third-party authorities, for example, banks. Aragon argues this lacks transparency and aims to overcome this by creating its open-source network so that users can create transparent DAOs without the need for third-party intermediaries.

Aragon was created by Luis Ivan Cuende and Jorge Izquierdo in 2016. In 2017, Aragon held its initial coin offering for its native currency ANT, it raised nearly 275,000 ETH (which at the time was worth USD 25 million) in exchange for ANT. In 2018 Aragon launched on Ethereum’s mainnet.

What are Aragon’s key features and how does it work?

Aragon has created AragonOS, a smart contract framework for developers to create DAOs. Modules allow users to raise funds, incentivize contributors to join communities and make decisions based on widespread involvement. Every DAO created using AragonOS uses three pre-installed features: Finance; Tokens; Voting. Finance assists in managing an organization’s resources. For example, members can submit transactions and view transaction history and the DAO’s asset balance. Tokens is the feature dictating that all DAOs include crypto tokens to manage membership and structure within a DAO. The Voting feature mandates that all token holders can raise issues, cast votes and scrutinize outcomes. Aragon has its own DAO, the Aragon Network DAO.

Aragon’s flagship product Aragon Client, a DAO deployment platform, provides the tools for users to create their own customized DAOs where participation and management are more transparent. Aragon Client is versatile so that any organizational structure can be replicated as a DAO, whether that be a charity, a company, or a group of investors, for example.

Notably, Aragon Court is a decentralized dispute resolution protocol that allows users to settle disputes that occur within organizations on the Aragon network that cannot be solved by smart contracts. Other users, not involved in the dispute (called jurors) cast votes on the disputes based on evidence submitted. A user must stake ANJ tokens in special contracts on the network to become a juror. A user staking more ANJ tokens is more likely to be selected as a juror. In exchange for helping resolve cases, jurors receive rewards in the form of ANT tokens. Other products include Aragon Govern; Aragon Voice and Vocdoni.

The network’s native token, ANT has several key use cases. It is a governance token and thus enables holders to influence the future of the network through voting on proposals that impact the rules and regulations of the Aragon Network. ANT tokens are also used to back work tokens, like ANJ and ARA. For example, ANT is required to acquire ANJ coins, which are in turn required to participate in the resolution services provided by Aragon Court.

Where can you buy ANT?

ANT is available to buy from the CEXs and DEXs as listed here. Some of the popular options include Binance and Gate.io. The price of ANT will vary depending on the exchange and current interest. For detailed ANT price data please refer to the price charts above.

Aragon's current share of the entire cryptocurrency market is 0.01%, with a market capitalization of $ 125.24 Million.

You can find more details about Aragon on its official website and on the block explorer.