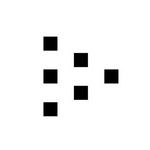 Livepeer was founded in 2017 and operates as a protocol built for the decentralized streaming of videos. It comprises a P2P infrastructure that runs on the Ethereum blockchain. The platform capitalizes on the growing video streaming sector and improves the current infrastructure-related problems. This includes the high costs of streaming and transcoding raw video files. To address these issues, Livepeer hopes to develop a more scalable and cost-effective video streaming solution. Essentially, the Livepeer network works by transcoding broadcasters’ video files into appropriate formats for consumption.

Livepeer runs on the Ethereum blockchain and, as such, its native cryptocurrency, LPT, is an ERC20 token. It has a maximum supply of 26,112,702.

What are Livepeer’s key features and how does it work?

Livepeer has three core audience groups. These are developers, users, and broadcasters. Developers can use the Livepeer network to develop applications that have live or on-demand video components. Livepeer in this instance powers the video functionality.

Users can access and stream video content including coding, gaming, educational courses, and other entertainment types via the applications built on top of Livepeer. Likewise, video broadcasters, such as streamers, or other types of content creators, can use the Livepeer platform to stream their content and reduce streaming and infrastructure costs.

Livepeer has two core network roles which play an important part in the platform’s operations. These are Video Miners and Delegators. Video Miners can take on two different roles: orchestrators and transcoders. Orchestrators help with the distribution of transcoded results. They receive video from broadcasters and return it to them once transcoding has been completed. Transcoders are those who contribute computer resources, such as CPU, GPU, and bandwidth and transcode video files into the appropriate format. Orchestrators earn fees in return for their contribution in the form of cryptocurrency. In order to become an orchestrator, a user must have LPT tokens.

Delegators are also LPT token holders. They help the network by staking and thus “delegating” their tokens to chosen transcoders who then contribute their computer resources on behalf of the delegator. Delegators also earn a fee for stalking the tokens, however, a portion of it goes towards the orchestrator.

What can LPT be used for?

Where can you buy LPT?

LPT is available for trading on the following CEXs and DEXs listed here. The most popular platforms with the highest liquidity are Binance, Huobi Global, Gate.io, and OKX. The price of LPT will vary depending on the choice of exchange and overall market conditions. For up-to-date and historic data for LPT market prices, please view the price charts on this page.