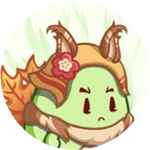 The Yolee Universe to USD chart is designed for users to instantly see the changes that occur on the market and predicts what will come next.

Yolee Universe's current share of the entire cryptocurrency market is 0.00%, with a market capitalization of $ 150.15 Thousands.

Yolee is a completely player-driven game. Yolee decided to abandon private placement and build the YoleeUniverse ecosystem with a DAO framework. Under this ecosystem, the community and the team can build Yolee together and receive YUS incentives. Different incentives will also accelerate the contribution of different communities to Yolee Universe, so that the Yolee community can form a mutually influential network.

Yolee is managed by the DAO, however, for structural stability, there will be a number of Yolee members who will help initiate, drive and realize the common vision of the community. The development of the Yolee ecosystem will be decided by the DAO, formed by the holders of $YUS and $YUS-WETH LP.