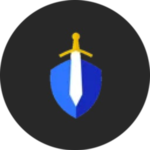 Voxies is a Free-to-Play 3D RPG Game on the Blockchain.

Voxies is a free-to-play, 3D turn-based tactical RPG game on blockchain. The main gameplay of Voxies is similar to a traditional RPG and tactical game, but it is powered by blockchain technology and ownership is central to the core concepts of the game. As a team-based tactical game, players can control multiple characters in the game and each character can be represented by Voxies that are directly owned as NFTs, or provided by the game for free-to-play players.

Players do not require any experience with cryptocurrencies to play the game and do not need to own Voxie NFTs to earn Voxel tokens through their in-game activities. Voxies will be able to have greater player adoption, as players do not require any capital to get started.Voxies' in-game mechanics (marketplace, equipment crafting, and PvP battles) will be the primary demand driver for VOXEL tokens.

VOXEL is Voxies' native utility token and will be used as the currency inside the Voxie Tactics game and will be utilized for all in-game functionality, such as purchasing new weapons, armor or items to use in the game. VOXEL tokens can also be earned by playing the game and doing certain tasks — for example after each battle you will be rewarded with VOXEL tokens (and potentially rarer NFT item rewards!) depending on the success of the battle. Exploration mode will also present ways to ‘find’ and collect VOXEL token, helping out NPCs in the world and completing quests for them is another way to potentially earn rewards and VOXEL tokens.

Crafting: Players will be able to combine and fuse different elements of the games to enhance their items, which increases the effectiveness and rarity of their items.

Voxies NFTs: 9999 Voxie NFTs have been sold on a bonding curve. The original genesis 10k Voxies will be able to produce the next generation of characters, with an in-game element called Stones.

Voxies's current share of the entire cryptocurrency market is 0.00%, with a market capitalization of $ 13.50 Million.