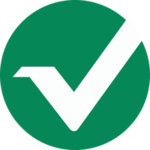 Vertcoin price Index provides the latest VTC price in US Dollars , BTC and ETH using an average from the world's leading crypto exchanges.

The Vertcoin to USD chart is designed for users to instantly see the changes that occur on the market and predicts what will come next.

Vertcoin (VTC) operates on its own blockchain and can be minted.

Vertcoin's current share of the entire cryptocurrency market is 0.00%, with a market capitalization of $ 10.62 Million.

You can find more details about Vertcoin on its official website and on the block explorer.

Vertcoin is a decentralized currency owned by its users, a P2P cryptocurrency in the same vein as Bitcoin and Litecoin. The motivation of Vertcoin was the fact that Scrypt-based ASIC mining chip that is used to mine Scrypt derivative coins such as Litecoin and Dogecoin is entering the mass market. That coupled with a strong mining pool causes the strength of a cryptocoin to drop as it becomes easier for a specific party to pull a 51% attack and even monopolize the network. A scrypt-Adaptive-N factor was created to address that issue.

Vertcoin is zero premined and as of the current design, only 84 million coins would ever be created. Vertcoin is said to be the next generation of coins due to its unique hashing algorithm. There may be more altcoins created based on this hashing algorithm in order to defend their network against ASIC miners.