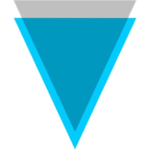 [XVG]
Verge is a secure and anonymous cryptocurrency built for everyday use.

Verge price Index provides the latest XVG price in US Dollars , BTC and ETH using an average from the world's leading crypto exchanges.

The Verge to USD chart is designed for users to instantly see the changes that occur on the market and predicts what will come next.

Verge (XVG) operates on its own blockchain and can be minted.

Verge's current share of the entire cryptocurrency market is 0.01%, with a market capitalization of $ 55.58 Million.

You can find more details about Verge on its official website and on the block explorer.

Verge is a blockchain-based protocol that facilitates the complete anonymity of cryptocurrency transfers by hiding the identity of its users. It is able to do so by obfuscating both the location and the IP address of the participants. It is intended to be used for everyday transactions and allows for a direct, secure, and efficient transfer of funds.

Verge began as DogeCoinDark in 2014, eventually rebranding to Verge in 2016. As the former name suggests, the project began as a fork of Dogecoin designed to be an anonymous alternative. Verge can be considered as a “privacy coin”, much like Monero and Zcash.

The project’s goals consist of attempting to solve the issue of securing user anonymity with the use of technology. It is blockchain-based however relies more heavily on the use of existing anonymity-centric networks to achieve its mission.

XVG is the platform’s native currency and is used for paying transaction fees on the platform.

What are Verge’s key features and how does it work?

TOR works by sending users’ information around a distributed network of relays and tunnels. It is run by volunteers who are positioned across the globe. Essentially, it functions as an IP obfuscation service that allows communications to remain completely anonymous. Tor is integrated into all of Verge’s wallets.

I2P works by encrypting transaction data and similarly sending it across a globally distributed peer-to-peer network.

What is noteworthy about Verge (XVG)?

Verge Currency deploys a Proof-of-Work mining mechanism and has multi-algorithm support. This means that more users can have access and take part in the mining process through the 5 different hash functions. These are Scrypt, x17, Lyra2rev2, myr-groestl and blake2s.

Atomic Swaps are also compatible on the network. This facilitates peer-to-peer trades on different blockchains.

Also worth mentioning is Verge’s Dual-Key Stealth Addressing. This allows senders to create one-time destinations on behalf of transaction recipients, without the need for any interaction between parties. This technology adds to Verge’s ability to protect the identities of those involved in transactions on the platform. Multiple payments to the same stealth address appear as payments to different addresses when using this.

Where can you buy XVG?

XVG is available for trading on the following CEXs and DEXs listed here. The most popular platforms with the highest liquidity are Binance, MEXC Global, and Bittrex.

The price of XVG will vary depending on the choice of exchange and overall market conditions. For up-to-date and historic data for XVG market price, please view the price charts on this page.