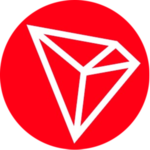 TRON is a blockchain based operating system which offers scalable, high-availability and high-throughput support of decentralized applications.
Website

Tron is a blockchain-based digital platform dedicated to the establishment of a truly decentralized Internet and its infrastructure. It focuses on entertainment applications. TRON was founded in 2017 and envisioned as an innovative solution to the pressing scalability challenges Ethereum and Bitcoin were facing. In fact, TRX started as an ERC-20 token and eventually switched to its own protocol in 2018.

TRON allows content creators to sell their work directly to consumers, without the need for a middleman. The project’s slogan is "Decentralize the Web", as such, it aims to remove the corporate middleman from media consumption. In fact, TRON was created as a direct challenge to the media industry, including large web-based companies such as Amazon and Netflix.

What are TRX key features and how does it work?

TRON can be compared to Ethereum as both platforms make use of smart contracts, decentralized apps, and native tokens. Its cryptocurrency is called TRX. It is a Proof-of-Stake coin and cannot be mined. Tokens can be earned via staking to help validate other transactions, and staking TRX also gives voting rights in TRON’s governance. The token is also used by users to pay content creators directly to gain access to applications. Content creators do not pay a transaction fee to Tron. Content developers also have the possibility to create their own tokens, these are TRC10 and TRC20 tokens. Such tokens can be used on dApps and can interact with smart contracts on the Tron network, an example of a popular TRC10 is the BitTorrent token BTT.

Essentially, by creating a dApp on the network and offering content on it, content creators can earn digital assets in return. These can either be in normal TRX tokens or, as previously mentioned, in a TRC10 or TRC20 token as created by a developer team that is underpinned by TRX. The Tron platform also helps content creators to reach their audience directly. This is beneficial for both parties as creators will not lose as much money through commissions, and consumers will hopefully end up paying less.

Tron is a lot more scalable than Ethereum and can support up to 2,000 transactions per second. Somewhat dwarfing Ethereum’s 25.

In 2018, Tron acquired BitTorrent. BitTorrent facilitates peer-to-peer file sharing, enabling users to distribute data and electronic files over the Internet in a decentralized manner. It was previously its own peer-to-peer protocol, however, it now uses the Tron blockchain network to function as a cryptocurrency. At the time of acquisition it had over 100 million active users, this figure has since grown.

Tron also has a significant history of partnership beyond the media industry. For example, TRON has partnered with the largest bike-sharing platform in South-East Asia, oBike. OBike used Tron to launch its own token that can be used to pay for rides on its platform. This demonstrates Tron’s potential use cases across a spectrum of industries.

Where can you buy TRX?

Tron TRX can be bought on many popular CEXs and DEXs as listed here. Some of the most popular options include Binance, OKEx, and Huobi Global.

TRON's current share of the entire cryptocurrency market is 0.53%, with a market capitalization of $ 5.99 Billions.

You can find more details about TRON on its official website and on the block explorer.