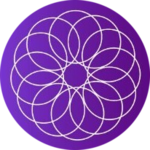 Smash Cash ensures Transaction Anonymity and Privacy on the 10 most popular Blockchains and supports 15 Tokens by separating the on-chain link between destination and recipient addresses. SmashCash enables users to send transactions between two wallets privately and anonymously. SmashCash supports 10 blockchains and 15 tokens bringing privacy to nearly every major blockchain. A revolution in cryptocurrency privacy.

SmashCash Platform allows you to detach the primary link between the origin wallet and destination wallet using the zk-SNARKS algorithm. The currency is non-custodial which means that smart contracts, as well as the funds, aren't owned or ‘in custody’ by a third party or a platform at any point during the service period. InterPlanetary File System (IPFS) hosting guarantees there is no single point failure of the platform. In short no one can take down the platform. SmashCash also has open-source and audited code.

Users can also stake SMASH and earn rewards in SMASH tokens. To stake, you don’t need any particular hardware or device. You can do it directly from your phone or PC. Stake SMASH to passively make money from your tokens.

SmashCash's current share of the entire cryptocurrency market is 0.00%, with a market capitalization of $ 20.60 Thousands.