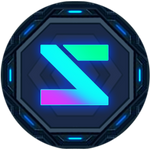 The Salo Players to USD chart is designed for users to instantly see the changes that occur on the market and predicts what will come next.

What is Salo Players

Salo Players is a Shooting NFT game combined with elements of an RPG on BNB Chain. The game is a Metaverse world where Shooting and Role-playing cross each other. A world where players can freely collect, buy and sell their NFT. Players will take place as a Guardian Gunner, who shows no mercy for the viruses harming the SALO Network.

The native cryptographically-secure fungible protocol token of Salo Players (ticker symbol $SALO) is a transferable representation of attributed utility functions specified in the protocol/code of Salo Players, and which is designed to be used solely as an interoperable utility token thereon which is recorded on the blockchain.