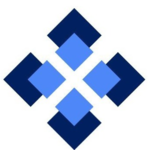 RioChain is a next generation blockchain that’s built on Parity Substrate, enabling cross-chain interoperability. This means RioChain can interact with assets of other blockchains, such as Bitcoin and Ethereum. Using a Proof of Authority consensus model of trusted nodes, RioChain is designed for security, speed (2s/block), efficiency (low transaction cost and electricity usage), and scalability (3,000+ transactions per second).

RioDeFi's current share of the entire cryptocurrency market is 0.00%, with a market capitalization of $ 1.42 Million.

You can find more details about RioDeFi on its official website and on the block explorer.