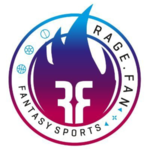 Rage.Fan is a fan-first decentralized sports platform. Rage Fan is built on the Binance platform and blockchain technology. The platform aims to create a transparent system where the user decisions and teams are etched in smart contracts. Systems can't manipulate the outcome. The Rage.Fan platform brings in both the online sports format of fantasy sports and predictions markets in the same portal. Users can access subsequently and play via web and mobile platforms.

The Rage token ($RAGE) is built using the ERC-20 token protocol, and it will connect all Rage Fan players on the platform. $RAGE enables players to transfer funds quickly and participate in their favorite games instantaneously. Using $RAGE, fantasy sports players can avoid high fees and retain a larger portion of their winnings.

Driven by innovation, Rage.Fan is constantly looking for ways to make the player experience enhanced. By integrating newer technologies, like augmented reality and NFTs, Rage.Fan will revolutionize and unlock a new phase for online skill-based games.

The goal for Rage.Fan is to become a Decentralized Autonomous Organization or DAO by Q4 2021, where the platform is driven by the community rather than a group of individuals. This way the community will collaborate and democratically decide what's the next best course of action for the platform.

Rage.Fan's current share of the entire cryptocurrency market is 0.00%, with a market capitalization of $ 240.49 Thousands.