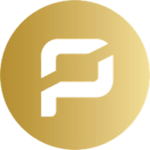 The Pirate Chain to USD chart is designed for users to instantly see the changes that occur on the market and predicts what will come next.

Pirate Chain (ARRR) operates on its own blockchain.

Pirate Chain's current share of the entire cryptocurrency market is 0.01%, with a market capitalization of $ 88.65 Million.

You can find more details about Pirate Chain on its official website and on the block explorer.

What is Pirate Chain

PIRATE (ARRR) is an independent blockchain built using the Komodo Platform's asset chains. Pirate aims to combine the best of Zcash (ZEC) and Monero (XMR) and is secured by Komodo’s (KMD) Delayed-Proof-of-Work (dPoW). It is a private transaction only blockchain, designed with the goal of completely anonymous transactions. Pirate is mined into a transparent address for auditing, but can only go into a shielded address from there. PIRATE claims to be feature complete for its goal: complete financial anonymity.