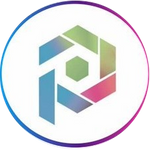 Pibble is the new wave of play-to-earn metaverse
Website

Pibble is a coin used as a key currency on the P2E (Play to Earn) game platform "Play Meta," which was launched earlier this year. As various game companies, including Pibble's own P2E Game Bomul-planet, are scheduled to be operated in PlayMeta in the future, PIBLE's demand is expected to grow rapidly. In February, Pibble also signed a business agreement with Netmarble, one of the largest game companies in Korea, in areas such as blockchain, defi, and NFT.

Pibble's current share of the entire cryptocurrency market is 0.00%, with a market capitalization of $ 7.40 Million.