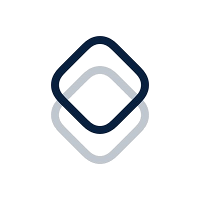 PEG:USD is a USD-pegged stablecoin which is used by PEGDEX.

You can find more details about PEGUSD on its official website and on the block explorer.

PEGUSD price Index provides the latest PEGUSD price in US Dollars , BTC and ETH using an average from the world's leading crypto exchanges.

The PEGUSD to USD chart is designed for users to instantly see the changes that occur on the market and predicts what will come next.

PEG Network is an innovative protocol for creating customized asset-pegged tokens. Through PEG Network anyone can create an ERC-20 token pegged to a currency, commodity or underlying asset of their choice.

Asset-pegged tokens, once issued, will be available for trade. Built on Bancor relay technology, the PEGDEX is a decentralized liquidity protocol which allows any token on the network to be converted for any other token listed on the DEX. Unlike traditional exchanges that maintain an order book for matching buyers and sellers, Bancor technology does away with order book architecture entirely. Liquidity is provided by smart contract-managed reserves which hold a balance of a listed token and a universal ‘connector’ token. The connector token used by the PEGDEX is PEG:USD, a USD-pegged stablecoin. When a user wishes to exchange TokenA for PEG:USD, a smart contract manages the trade by depositing TokenA into the reserve and issuing PEG:USD from the reserve to the user.
Cryptorank>Coins price>PEGUSD price
Market Data API