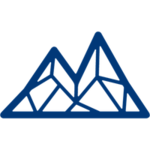 A decentralized social media platform that rewards all content creators

MITH is a ERC-20 social media token on the Ethereum Blockchain. Mithril will be integrated directly into new and existing social media networks to reward users and their operator for their contributions to the network.

With MITH tokens, users will be able to spend it across the MITH application ecosystem, such as dating services, premium content channels, and live-stream applications. The Mithril Merchant Network aims to allow retail acceptance of MITH as a payment method, beginning with Taiwan, Singapore, and HK retailers at launch. The MITH network, armed with its user base of social influencers, will be a highly-desirable customer base which Mithril Merchant Network partners will benefit through a deep MITH integration.

Mithril's current share of the entire cryptocurrency market is 0.00%, with a market capitalization of $ 2.60 Million.