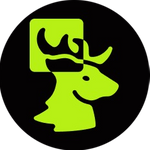 MetaShooter is the first decentralized blockchain-based hunting game in metaverse that joins millions of gaming enthusiasts in a community where they can experience realistic hunting and develop many activities with monetization opportunities.

The MetaShooter ($MHUNT) token is a Polygon (Matic) blockchain-based token that will be used as the main currency on the MetaShooter platform as an independent store of value for players and investors.

MetaShooter's current share of the entire cryptocurrency market is 0.00%, with a market capitalization of $ 171.71 Thousand.